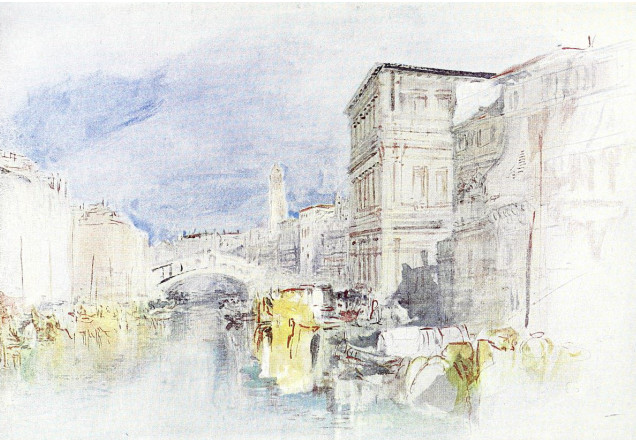 J.M.W. Turner was a landscape and historical artist, watercolourist, persistent explorer, and writer. He was also a teacher who represented the energy, inventiveness, and inquiring attitude of his period. Discover the world’s biggest selection of Turner’s sketches, paintings, and watercolours, as well as the artist’s distinctive views on his thinking and artistic approach.   Download this eBook to enjoy his work as he traveled across the United Kingdom and Europe. You can also discover new topics, techniques, and methods while admiring his paintings, and designs.

Who was JMW TURNER and where did he live?

Turner was an English painter in the late 1700s and early 1800s. He was one of the best watercolour painters, and his whirling, light-filled romantic paintings of landscapes made him a well-known artist during his lifetime. He is now regarded as one of the greatest British painters, inspiring thousands of artists after him.

At the age of 14 he enrolled in the Royal Academy of Art and became a member soon after joining. The Academy was a significant broker of style and a vital component in the system of future purchases and commissioning for its membership. This was particularly evident from the Royal Family and nobility. Turner became an associate of The Academy when he was only 24 years old. He was made a full academician in 1802. In 1807, he became the professor of perspective, and at this time achieved prominence and fame.

Turner is an interesting topic for a life story because he is mysterious and indifferent, except via his artwork. Several of Turner’s works strongly reflect Thomas Girtin’s design deviating just slightly from topographical or scholastic painting standards. Turner’s paintings started to take on a new intensity when he went on his first UK tour in 1802.

Turner decided to start making watercolours similar to oil painting in terms of pictorial narrative and effect, which he accomplished through a variety of practical and layout advancements. Some of which he invented himself and others that he borrowed from artists like John Robert Cozens that includes novelistic scenery vibe and watercolour chiaroscuro.

Turner also got inspiration from the artwork of Thomas Girtin that involves a wide wipe method for focusing on brightness. He also tried to learn from the technique of Francis Nicholson, which was starting an artwork on wet paper. This technique also involved utilizing a resist to maintain white regions.

Turner improved the valued ranges and stunning chiaroscuro pattern of his paintings by applying a gum lacquer. This method can intensify the hue of the darker colors to make your painting look more natural. Sponging, scraping, or smudging out shades or outlines using papers massively stuffed with gelatin to enable blotting or pulling color combinations and to boost color astuteness; and blending clear watercolours with a slight quantity of white gouache to improve the brush processing and intensity.

Turner devoted a great deal of creative energy to a variety of painting initiatives, culminating in meticulously polished images. This was for his Liber Studiorum, widely regarded as the best series of mezzotint prints of the nineteenth century. Several of Turner’s greatest creative artworks were only discovered after his death. These artworks were inside the vast library of paintings, sketches, and notebooks donated to the National Gallery in 1852.

Download The Watercolours of J.M.W. Turner e-book for free

J.M.W. Turner is among the forefathers of the watercolour technique. His artwork is diverse in terms of technique and subject matter. 30 of his watercolor paintings are beautifully illustrated in multiple colors in this 47-page e-book. Simply sign up for our mailing list and we’ll email you a link to download the e-book for free.